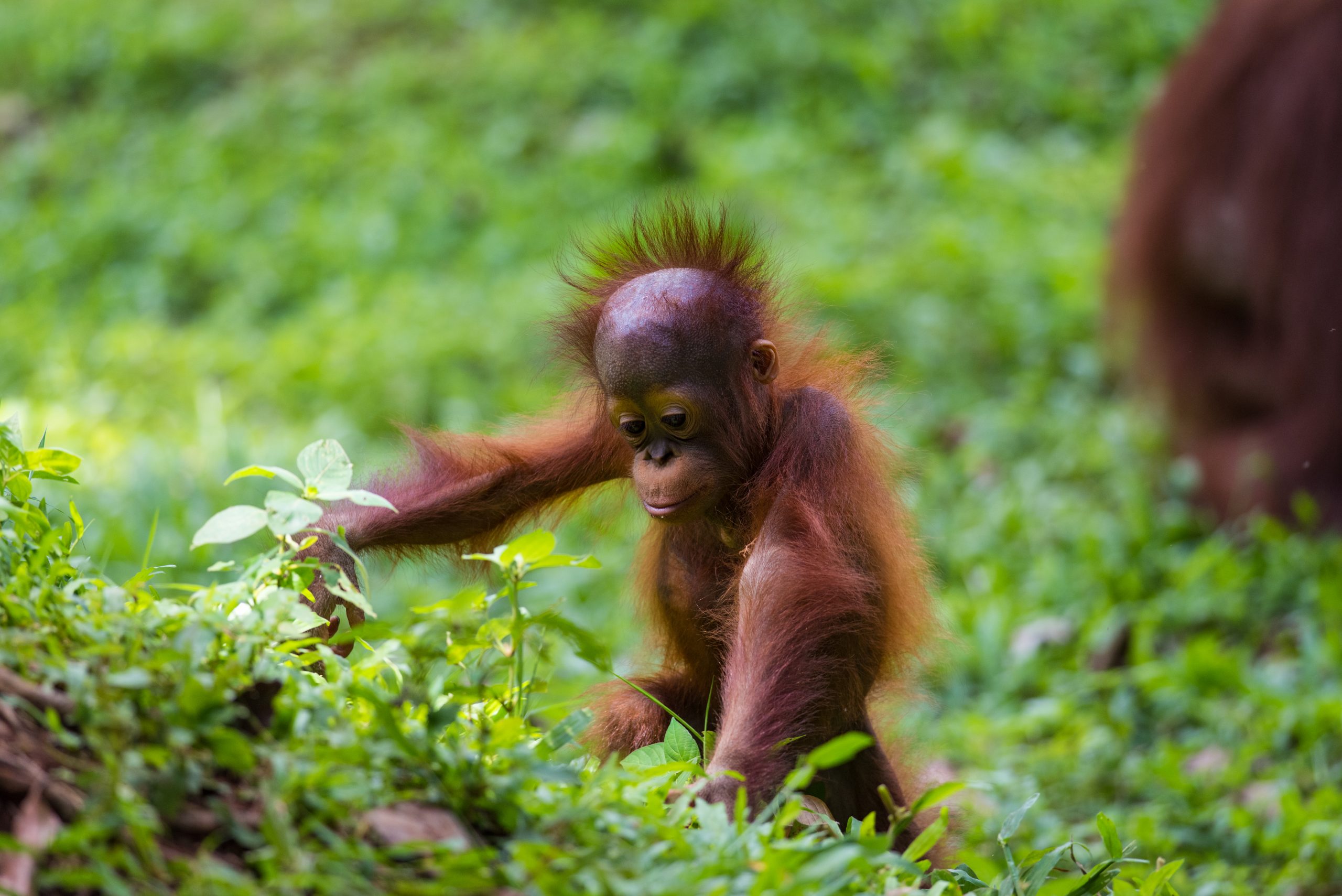 Whether or not you’ve heard of palm oil, you’ve probably consumed or used it at least once, but more likely, many times throughout your life. It’s a cheap vegetable that’s used in everything from candy, to pizza, to shampoo, to laundry detergent. Why is it so popular? Because it’s cheap. However, palm oil comes at a large cost to local communities, the environment, and animals.

The palm oil industry is responsible for an obscene amount of human rights abuses. Many palm oil companies use child labor.  Companies have also ransacked villages and destroyed homes to make room for palm oil plantations. The clearing of land for these plantations involves a dangerous amount of deforestation, which released thousands of tons of carbon dioxide into the atmosphere. In 2016, there were approximately 44 million acres of land were devoted to palm oil plantations and they have since expanded. The process of clearing the mass amounts of land, usually through raising, threatens Earth’s biodiversity as well as the lives of so many different animals, especially orangutans.

Orangutans living in soon-to-be palm oil plantations are often caught in the deforestation efforts. They are clubbed, shot, and murdered by palm oil workers. The ones that survive die of starvation, poachers, or other complications. Destroying these dense forests makes it much easier for poachers and people who want to make money off baby orangutans in the illegal pet trade.

The harm that the palm oil industry causes is inexcusable. If you need any more motivation to quit using palm oil, watch these 10 heartbreaking videos of the pain and suffering that palm oil causes orangutans.

1. There’s a Rang-tan in my bedroom

Even though this Greenpeace video is only an animation, it’s almost impossible to watch without crying. The video explains the harsh reality of the palm oil industry in a way that even children can understand. Apart from ending up in a child’s bedroom and talking, this little orphan orangutan’s story is extremely common. She represents so many of the baby orangutans who went through the trauma of losing not only their homes, but also their mothers. It’s absolutely devastating.

This poor orangutan didn’t have a chance against the huge bulldozer, but because of the horrible palm oil industry, he also didn’t have much left to lose. As palm oil workers pushed down the tree he was on, the orangutan tried to defend his home against the bulldozer and people responsible for destroying it. The International Animal Rescue was able to tranquilize and rescue the orangutan, who would have otherwise would not have survived. Unfortunately, most other orangutans don’t have even that little bit of luck.

3. Orangutan Dies After Being Shot 130 Times

Wildlife veterinarians were contacted by rangers to treat a wounded orangutan that was found outside a palm oil plantation. The poor animal was emaciated, had wounds from a machete, and looked as if it had also been clubbed. X-rays revealed that he had been shot by 130 bullets. Sadly, the orangutan suffered too many physical and emotional traumas to survive. He passed away during the procedure.

4. Baby Orangutan’s in a Wheelbarrow

In this video, International Animal Rescue is transporting these baby orangutans to their rehabilitation center. While this wheelbarrow of orangutans seems cute at first glance, there is much more to their story. Orangutans usually spend the first two years of their lives clinging to their mothers. Sadly, these babies’ mothers were likely killed by poachers or palm oil workers. Thus, without their mothers there to transport them, these tiny orangutans need help from IAR to not only get to a safe place, but also learn basic orangutan skills.

5. Rambo Found Chained to a Tree

After palm oil workers burned down a forest to clear land for a palm oil plantation, Rambo was found wounded and chained to a tree in a nearby village. After deforestation, many orangutans are killed or sold as pets, as they are easy for poachers to find and usually have nowhere left to go. Thankfully, the Centre for Orangutan Protection was able to rescue sweet Rambo from this cruel and unnatural way of living that humans had subjected him to.

6. Orangutans Search For Food Around What’s Left of Their Home

After their habitats were destroyed to clear land for palm oil plantations, these orangutans were left wandering around what used to be their home. Palm oil companies took everything and left them with nothing. These poor animals have to dig through the remnants of their homes, hoping to find something left to eat. Luckily, the International Animal Rescue (IAR) was able to save and relocate these orangutans.

7. Didik: the Malnourished Orphan Orangutan with a Bullet in His Shoulder

In 2016, International Animal Rescue found a baby orangutan in Borneo. The team named the emaciated orangutan Didik, and took him to their rehabilitation center. Didik was in such poor health that he was close to death. He had a bullet lodged in his shoulder, had a skin and eye infection, and was dangerously malnourished. IAR nursed him back to health, but their work was not yet over. Mother orangutans don’t willingly leave their babies. Orphan orangutans therefore likely had to watch their mothers be killed for palm oil and the illegal pet trade. This is what IAR assumes is the case with Didik. Thus, he suffered not only extreme physical trauma, but also extreme emotional trauma.

When Orangutans do survive the deforestation caused by the palm oil industry, they struggle to find food and shelter. Many end up malnourished and some, like this orangutan, wander into towns and villages. To keep these homeless animals out of their village, people often hurt them. In this village, people lit a tree that an orangutan climbed up on fire. The orangutan suffered terrible burns. The IAR rescued him, but he didn’t survive for long after as his burns were too severe.

9. Shelton: Shot and Beaten While Looking for Food

Like the orangutan who was caught on fire, Shelton, survived palm oil deforestation and had nowhere to go. The poor, hungry orangutan went searching for food and ended up in a local village where the people beat him and shot him several times. Shelton was only there because of humans destroyed his home and then he got punished for something that already caused him so much suffering. It’s absolutely awful.

International Animal Rescue got this baby orangutan, Joss, from a man who had purchased her from the black market. After keeping her for almost two years as a pet, he surrendered her to IAR. Unfortunately, Joss had already been traumatized so much. In the video, you can see her hugging herself and intentionally banging her head into the wall, which is a sign of severe mental trauma. Alan Knight, the Chief Executive of International Animal Rescue said that Joss probably watched her own mother be murdered. Joss will need a lot of professional support, care, and love to have some semblance of a normal life after all the trauma she went through.

The palm oil industry is responsible for so much suffering, yet it seems that all they care about is making a profit. This World Orangutan Day on August 19, let’s stand up to these greedy companies.

Because palm oil is so ubiquitous, it can be hard to avoid. Getting into the habit of checking the label before buying a product is always a good idea. However, there are more than 200 different names for palm oil.  Some examples include Palm fruit oil, Palmate, Glycerin, Oleic acid, Sorbitan monolaurate, Vegetable emulsifier. Check this list if you are ever unsure about an ingredient that could be palm oil.

Sign this petition to tell large companies to stop using palm oil in their products and to find a more sustainable alternative!

Here are some helpful resources for standing up to the cruel palm oil industry:

We also have so many resources on our site about palm oil, including: