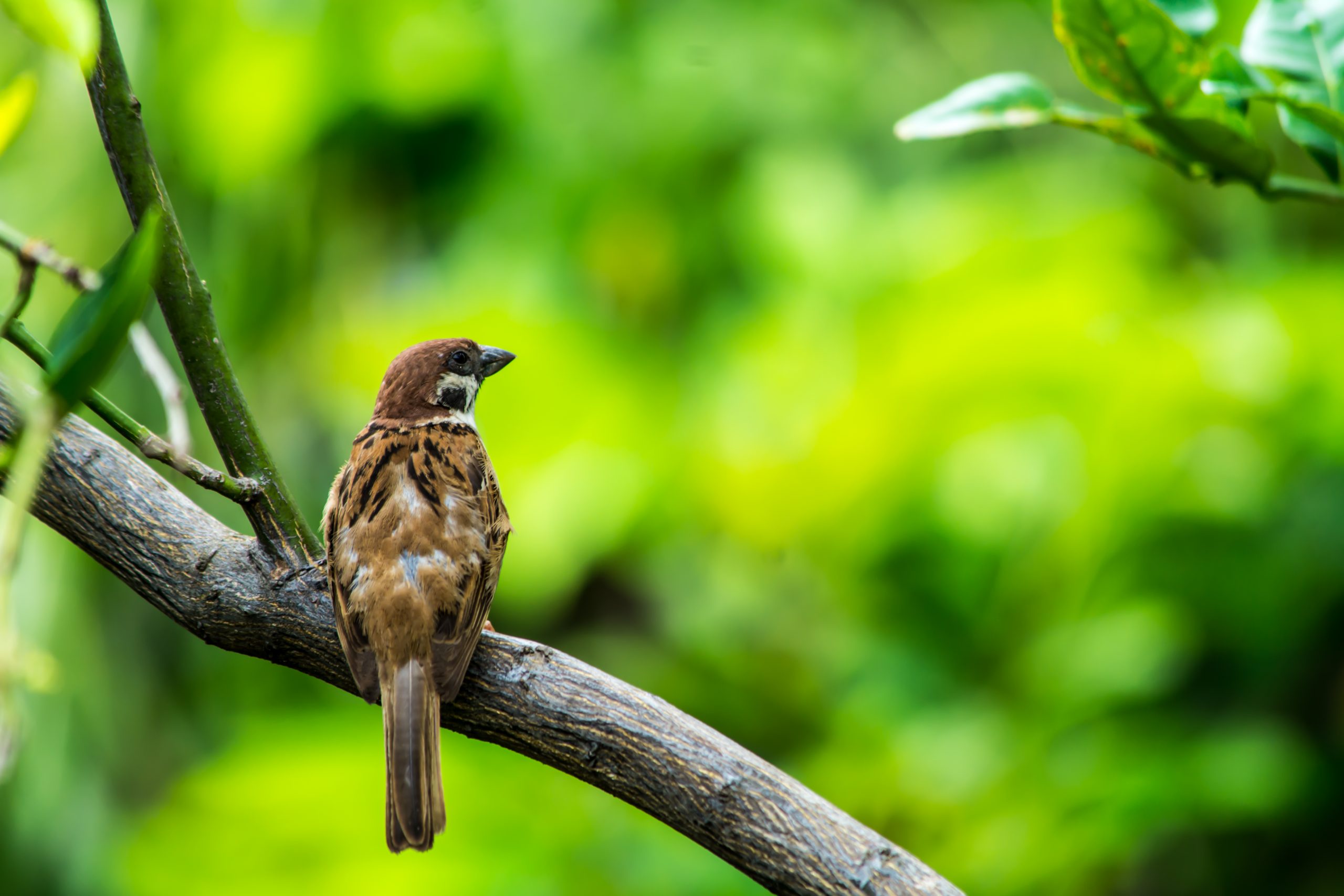 Just like any other animal, birds face so many manmade threats in addition to natural ones such as being rejected, injured, or affected by the elements. It’s been found that methane gas from landfills burns birds. They also killed by climate change and flying into tall glass buildings. Many birds also become victims of the cruel and inhumane exotic pet trade.

Fortunately, there are some pretty amazing people that are willing to do whatever they can to save these adorable, often misunderstood animals. Here are a few amazing stories about people who found birds in need and saved their lives:

As the climate crisis worsens, so does the wildfire season in California. During the Silverado Fire of 2020, firefighters found a barn owl that was at risk of being burned by the flames. They saved the owl and contacted animal control to help relocate the sweet animal.

When Roxanne was biking home in the rain, she saw pieces of a nest scattered all over the ground and among them, two baby birds. She waited, hoping the mother would return, however, eventually she decided to name them Ken and Laura and bring them home. Roxanne gave them shelter, food, and watched over them all day at her job as a veterinarian. They developed their own personalities, likes and dislikes, and also became much stronger. During their time outside while practicing their flying skills, Roxanne gave them ample opportunities to go back into the world on their own. Finally, on Christmas, the two ventured out. Without Roxanne’s care, they probably never would have made it. We’re so touched by her kindness and care towards these two little birds.

3. Eagle Stuck in Well For Days in the Hot Sun was Rescued and Returned to the Wild

After going into a well to drink some water, this eagle found himself life-threatening situation. With his feathers too wet to fly, the eagle got stuck in the well under the hot sun for days, without any food. He was in bad shape, but fortunately, rescuers found him before it was too late. A professional caught the eagle, took him out, and gave him some water. Even though the bird’s wings weren’t broken, his feathers were damaged and he was still weak from starvation. Thus, instead of letting him fly back into the wild, they took him to a wildlife rehabilitator. After a little bit of care and rest, he was healthy and strong enough to go home!

4. Man Saves a Hummingbird That Was Trapped in His House

After a hummingbird flew into his home and got stuck in the bathroom skylight, this man made it his mission to help the bird get free. The bird struggled, bashing himself into the window, while the man tried to gently scoop him up. Eventually, the man was able to catch the exhausted bird. After seeing the bird limp in his hand once he opened it up outside, the man worried that the bird had died or suffered a heart attack. Fortunately, after putting the hummingbird’s beak into a feeder, the hummingbird perked up and regained strength. The bird was able to fly away back into the wild!

5. Rescuers Save Bird With Hook Stuck in Throat

When Wildlife Aid got a call about a seagull that wasn’t able to fly and had fishing net wrapped around their foot, Wildlife Aid rushed over to help. They found that the problem was much more serious than they originally thought. Not only was the Yellow-Legged Gull entangled in fishing line, but the bird also had a hook down their throat. After a bit of intense work, the doctor was able to pull the hook out! The gull needed a bit of rehabilitation, but soon, they were all better and ready to go back into the wild.

6. Sparrowhawk Caught in Warehouse is Freed

Wildlife Aid was called to help after a sparrowhawk flew into a warehouse and couldn’t figure out how to leave. It took quite a few tries since the ceilings were so tall, but with a little bit of teamwork, the Wildlife Aid team was able to catch the bird and release him safely back outside!

7.  Baby Bird Trapped in Pipe is Reunited With Parents

Patrick Smith was taking a break in the parking lot of his workplace when he heard a little chirping sound coming from a PVC pipe in a bush. The little bird was trapped upside down, but Smith helped him out so that the little bird could reunite with his family that was anxiously waiting nearby. The reunion between the birds is so heartwarming!

8. Woman Finds Cracked Egg and Raises the Chick Inside

One day, Susan Hickman stumbled upon a cracked egg on the ground with a baby bird inside. Unable to find the nest, Susan knew that she had to take the bird home with her. She contacted a professional wildlife rehabilitator, who informed her that the bird likely would not even make it to the next day, but Susan did not give up hope. She named the baby bird Klinger and fed, watched, and cared for him throughout the whole day. Her hard work paid off and Klinger didn’t just survive, but also grew up! Since he was raised by a human, it’s impossible for him to be released into the wild, but Susan is happy to give him a loving home.

9. Man Saves Baby Birds Who Fell From Their Nest (VIDEO)

After mowing his lawn, Mike Franzman noticed something strange: a baby robin had fallen from its nest onto the grass. Franzman realized that this bird was too young to stay warm, fly, or get food on their own, so he took the bird under his wing to help them survive until they were able to fend for themself. The next day, something incredible happened. Another baby robin showed up on his lawn and Franzman became the new caretaker for two baby birds. He took care of each bird and documented their progress in perching, flying, and other activities that would allow them to make it on their own in the world. As each day passed, the birds got stronger and braver until they could finally return to the wild in later parts of the series.

10. Woman Takes in Sick and Starving Bird From the Street

One day, a woman named Ela found a small, very sick bird on the street. She took the little bird to the vet, who told Ela that the bird had been starving for days and gave her some advice on how to help the bird recover. Ela named the little chicken “Erna,” got all of the equipment, and put all of her effort into saving Erna’s life. Soon Erna was much better and even started chirping and running around! Ela tried to introduce Erna to a family of chickens in the area, but they didn’t like each other very much so Erna became a permanent part of Ela’s family.

These rescues are amazing and it’s inspiring to see so many people caring about these little animals. It’s important to note that most of them are professionals or had no other options. You should not try to touch, interact with, or help wildlife unless you are trained. Find a local wildlife rehabber/rescuer or veterinarian ASAP, or call a rescue hotline!

Instead, you can take preventative steps to help these birds by advocating for stronger laws against the public use of fireworks, supporting leash laws during nesting season on beaches that have ground-nesting birds, doing environmental activism to stop climate change, encouraging people to opt for rescuing birds rather than buying them from a pet store, and putting a bird feeder outside your home.