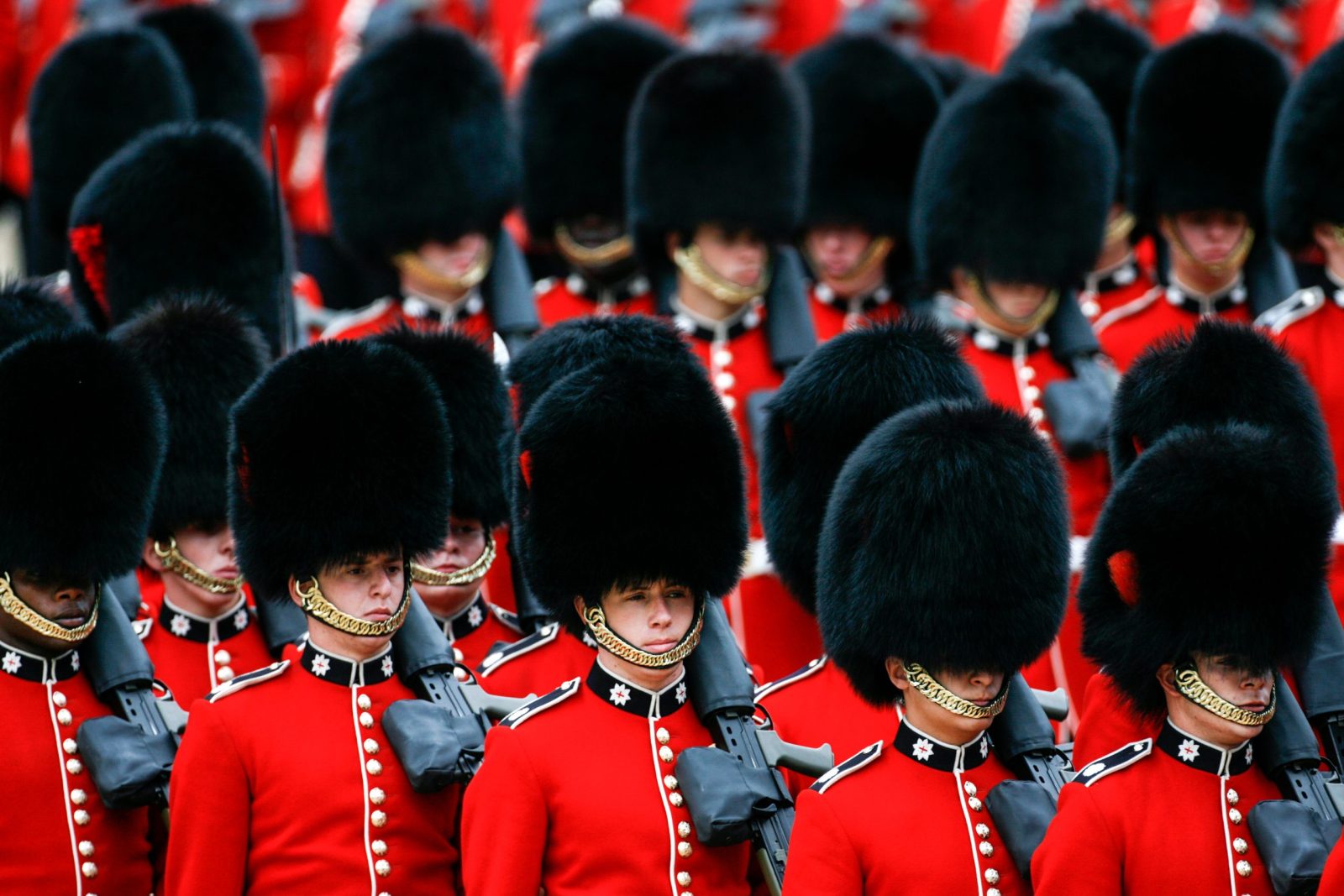 The King’s Guards hats are made from the skin and fur of real Canadian black bears and have received much controversy over the years. However, they are still being worn, and there is no plan to replace them.

Each hat is made from an entire animal, and The Independent has reported that “The Queen’s five regiments of foot guards need between 50 and 100 new caps every year”. According to PETA, each fur hat costs $1,766.90, which means more than one million dollars worth of U.K. taxpayers’ money that has been spent on these caps in the past seven years. They serve no purpose, and synthetic hats have been proven to be just as good, if not better, than the bearskin hats.

PETA has urged the Ministry of Defence for years to replace the hats with synthetic alternatives, but they have not been successful.

“Guardsmen take great pride in wearing the bearskin cap which is an iconic image of Britain. It must look smart but also be practical for the guardsman to wear in wet or dry weather. The material it is made from must therefore meet the five required criteria.”

Over 95 percent of the U.K. public refuses to wear fur but they are continuing to ignore the public and spending their money on these unnecessary caps.

The government has said they have no plans to end the use of bearskins, but the fight is not over! It is never morally ok to kill an animal and exploit them because we want something from them. Animals are not at our disposal, and there are so many cruelty-free options that there’s no excuse for continuing to use these bearskin hats. With more vegan options coming out every year, there is no excuse to continue old and harmful practices such as killing bears for their hides.

Sign this petition to demand the end of killing bears for ceremonial hats!