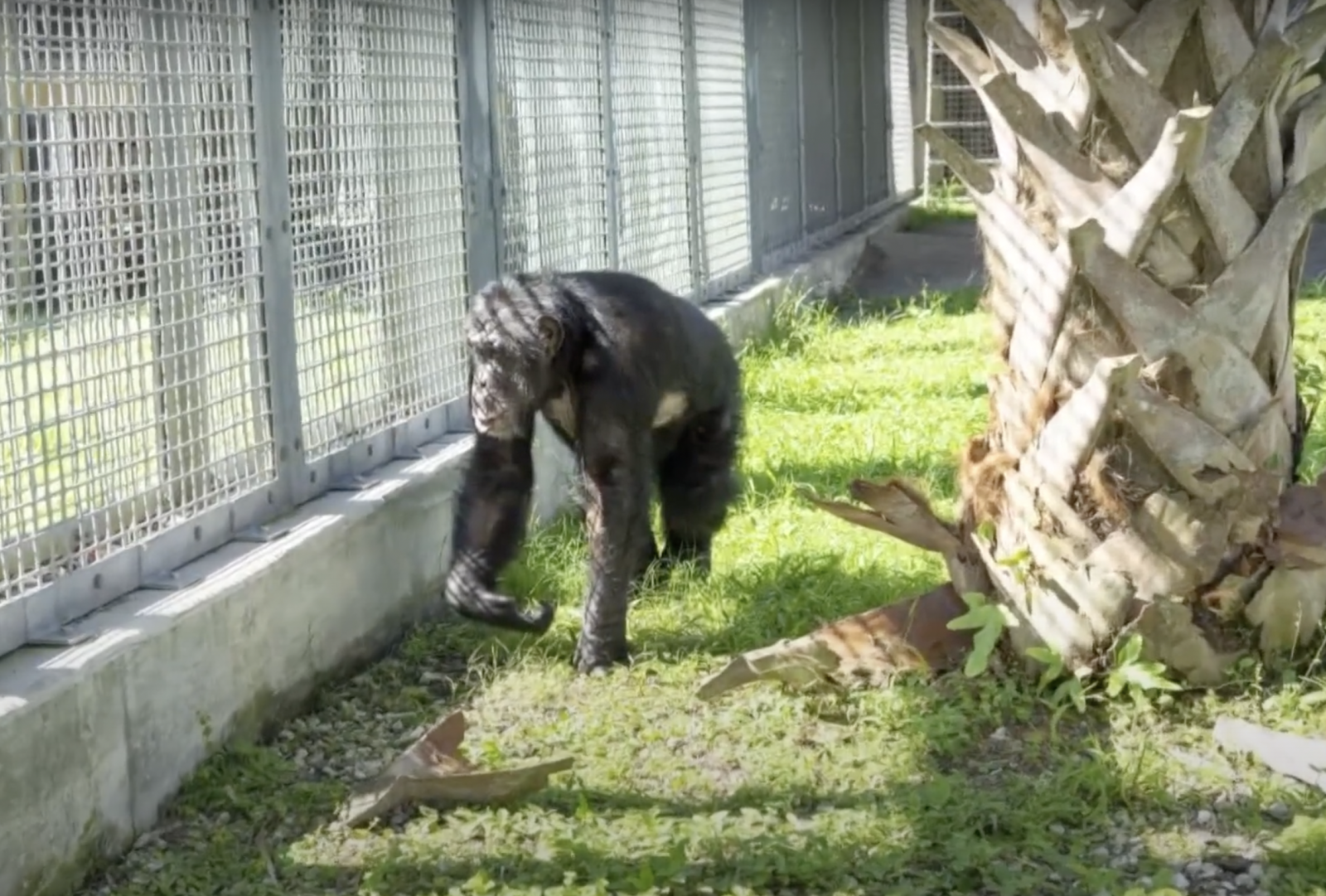 Tonka, the chimpanzee animal actor famous for her role in the movie Buddy with co-star Alan Cummings, has finally been found.

Tonka starred in the 1997 family comedy Buddy with Alan Cummings, which followed the true story of Gertrude Lintz, a socialite who raised monkeys as a part of her family in the 1920s.

According to PETA, Tonka was last seen in a cage at a former chimpanzee breeding facility in Missouri, also known as ‘Chimparty.’ Chimps at the Missouri Primate Foundation were bred there and rented out for movies and parties or even sold to private owners.

Last year, Tonka’s owner claimed that the chimp died amid a legal dispute with PETA. Tonka’s owner Tonia Haddix filed court documents in May 2021 that claimed Tonka had died and his body was cremated. However, now we have learned that Tonka is alive and has been living with Haddix while being entertained by a “60-inch TV” and “an interactive iPad-like touch device.”

Tonka was found after authorities searched Haddix’s home as part of an emergency court order obtained by PETA.

BREAKING: Our legal team is on its way to see Tonka the chimpanzee arrive at his new home at an accredited sanctuary.

Tonka's former owner concealed his whereabouts for over a year in violation of court orders.

We’ll share more about his rescue and rehabilitation soon! pic.twitter.com/6II8KC7xEM

Previously, PETA sued the Missouri Primate Foundation over the living conditions of the chimps and was granted permission to rescue Tonka and six others and move them to an accredited sanctuary. However, PETA said when they went to carry out the court’s order last July, Tonka had seemingly vanished. The owner claimed he had died, but her stories weren’t adding up, and she failed to prove this was a fact. The owner has previously said that PETA would never get Tonka, and a court found her testimony not credible.

Tonka has now been rescued by PETA and has arrived safely at the Save the Chimps sanctuary in Fort Pierce, Florida. Tonka will have room to roam, explore, and socialize with other chimps. PETA says they are looking forward to seeing him recover from his months of isolation and decades of use and abuse.