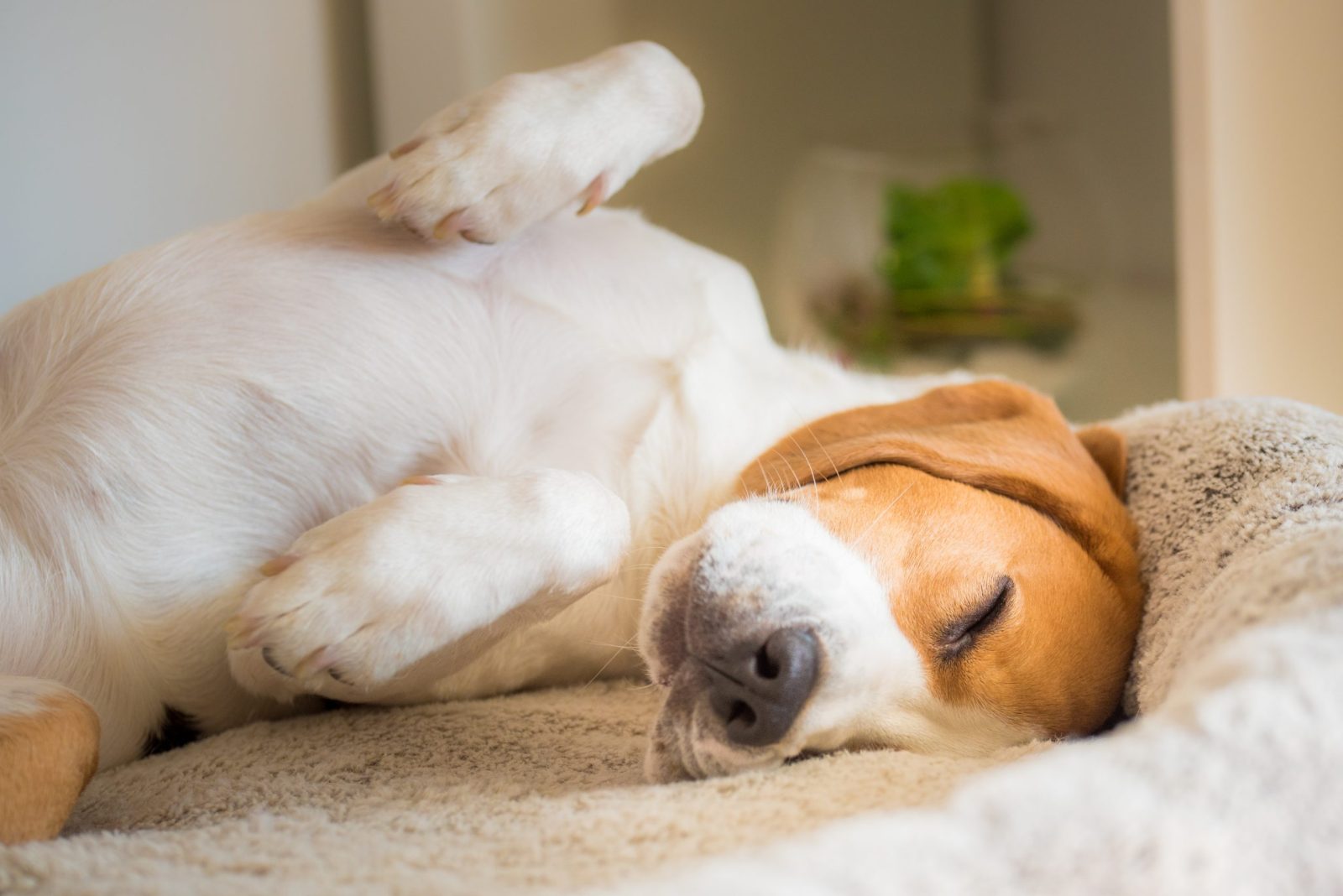 On a podcast episode of Big Brains from the University of Chicago Podcast Network, host Paul Rand spoke to philosopher David Peña-Guzmán of San Francisco State University. Peña-Guzmán just came out with a book titled When Animals Dream: The Hidden World of Animal Consciousness, where he explores the question: Do animals dream?

Source: The University of Chicago/Youtube

If you have a pet or have ever had a pet, it may seem like an obvious question. Most of us have probably seen our animals twitching in their sleep or moving their paws, or making sounds. However, according to Peña-Guzmán, proving that animals do dream is not a simple task. But, he argues that animals do dream, and those dreams are evidence of consciousness.

“Historically, the way that we know that other people dream has been because we ask them and they answer. ‘Oh, last night I had a really bizarre dream. Let me tell you about it.’ And so, with animals, given the absence of that shared common linguistic schema, how do we get to the conclusion that, in fact, other animals also dream and maybe dream in ways that might be similar to the way we dream?” Peña-Guzmán says.

There is little to no research into animal dreaming. Until 2020, almost no study of sleeping animals even mentioned the word dream, according to host Rand. Peña-Guzmán was puzzled by this.

“I told myself, “There’s no way that there are literally thousands and thousands of publications on the sleep of so many different species, and yet virtually none of them in the 20th century mention the word dream, dreams, or dreaming.”

Peña-Guzmán said that most people think that animals can feel emotions that there are clear evolutionary functions for. For example, they can feel fear to help them escape predators. However, there are more complex emotions that people are not sure if animals have, which he explores in the book.

Peña-Guzmán tells Rand that when comparing the brains of many animals when they are sleeping versus when they are awake, there is a significant difference. He says that there is a moment in the middle of a sleep cycle when the electrical activity increases and the brain matches a waking state. This same thing happens in humans as well.

One study, he says, looked at zebrafish and found that at some point in their sleep cycle, it seems as though there’s a “neuronal revolution” erupting in their brain. Their brain lights up “like a Christmas tree” and can even be compared to the way humans’ brains light up. This shows that even small animals like fish, likely dream as well.

Peña-Guzmán also looked at the behavior of animals when they sleep. One study he looked at was from the 1990s, where a primatologist decided to see what chimpanzees do when they fall asleep. She found that many of them begin singing American Sign Language (ASL) in their sleep. These chimps had been taught ASL, and he argues that this is indicative that they are having a dream experience.

Peña-Guzmán says that the chimps would sign asking for coffee in their sleep. Confused, he emails the professor from the study to ask about this. She told him that they used to give coffee to the chimps if they asked for it.

“And so, I think some of these chimpanzees were dreaming of having coffee. In itself, that already raises a lot of questions about the cognitive capacities of these animals, but it also raises an interesting point about the nature of dreaming more generally.”

To learn more about the book, check out the Big Brains podcast and follow David Peña-Guzmán on Twitter!