Abandoned Adorable Puppy Follows Officers Down the Street For Cuddles 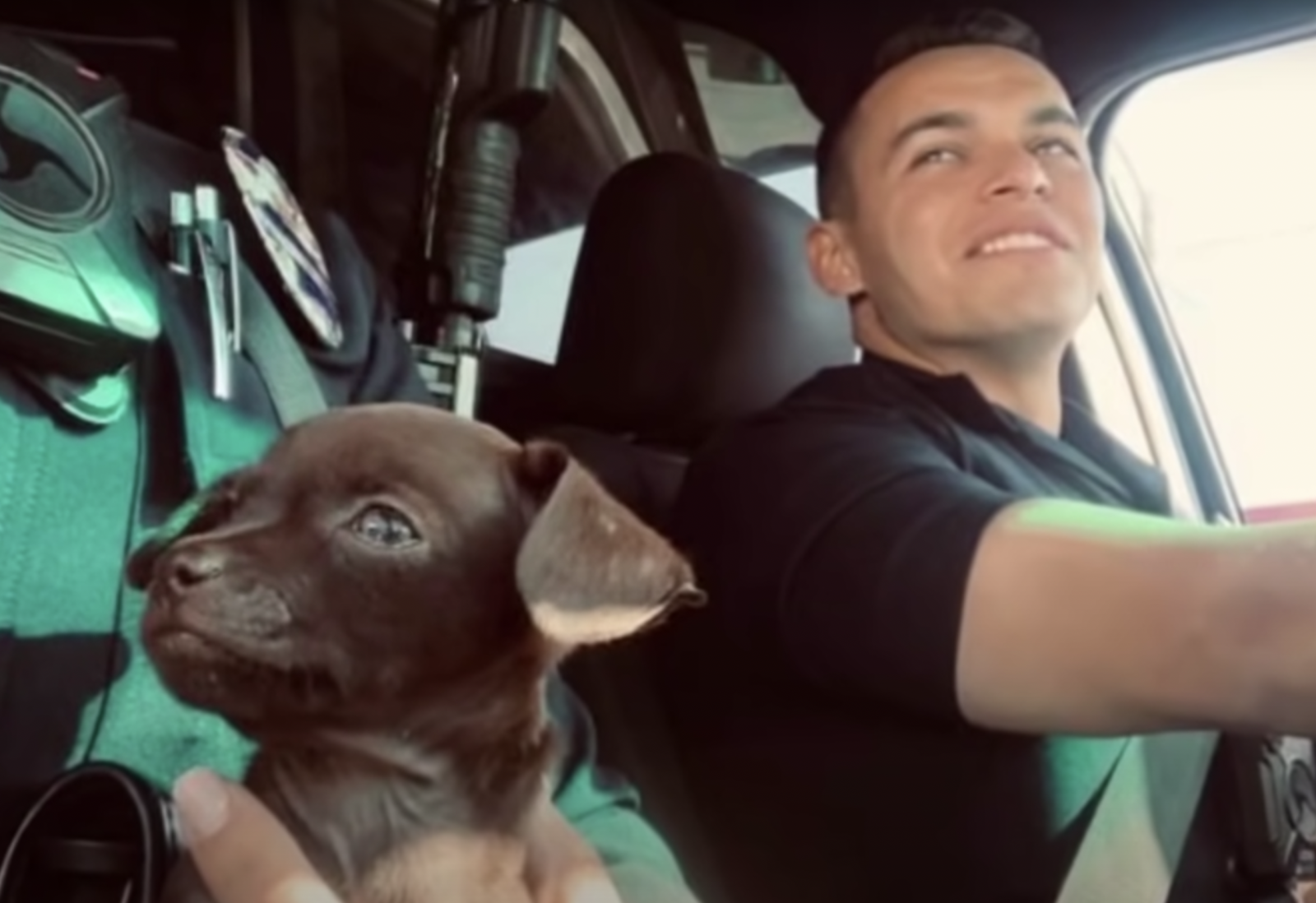 This adorable puppy was wandering through the streets alone when he was rescued by two police officers from the Los Angeles Police Department.

The puppy was awestruck when Officer Mercado and Officer Tavera approached him, and he wouldn’t let them leave. In a video that went viral, the pup is seen chasing after Officer Mercado and wanting to stay with him. The officers knew they needed to rescue this adorable pup.

The puppy was desperate for some love and snuggled up with the officers on the way back to the station. The whole car ride, he was looking up at his rescuers and looked so happy.

The puppy was named “Hobart” after the street he was found on, and later, he received an honorary K-9 title from LAPD. The station fell in love with the little pup, and Hobart loved all of the attention.

The question remained, where would Hobart go now? It seems Hobart picked his person in this case because he had his eyes set straight on Officer Mercado. Mercado decided to take Hobart home and adopt him, and now he’s living in a loving home and getting lots of attention.